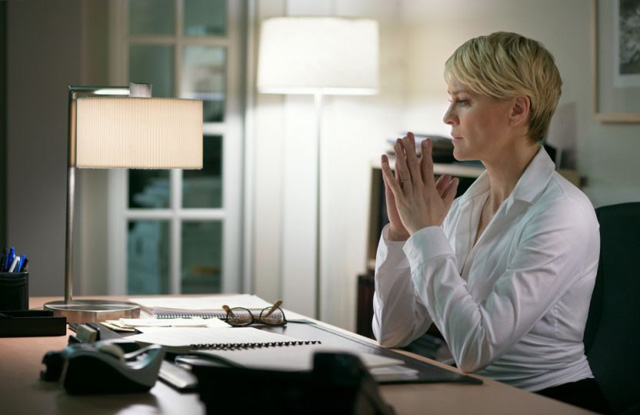 I hate spending money on work clothes. Does this sound familiar? It also seems to be the mantra of the working Irish woman bar a few. After several conversations and some personal shops recently it became apparent that Irish Women do not place enough importance on dressing well for work. What is the definition of well you might say? Clean? Tidy? groomed even? Well after several alarming conversations it became clear that we put style on hold in the workplace.

Am I ok with it? No I am not and for several reasons.

Whether you like it or not, people will judge you on your appearance. I know, I know- it’s not fair, its materialistic but it is the truth. It is a natural response to what our eyes see, we process appearances with our eyes and make up our mind about a person without them even having to say hello. You know what I say to that? Why give people that chance before they get to talk to you and figure out whether you are up to the task at hand.

Jean de La Fontaine once said “ Beware so long as you live, of judging men by their outward appearance in the world” I agree with it , to a point. I agree when it affects me and I disagree when it does not. Kurt Cobain also said “ I like to make people feel happy and superior in their reaction towards my appearance”. And just now as you are reading this you pictured a scruffy blonde, in denims, and a t-shirt. The fact that he was a musical genius is separate to that however if you didn’t know or hadn’t heard his music that image you just conjured up was the image that will remain with you. I for one don’t want to be remembered for my ( often unkempt) appearance.

I would like to give you an example as this happens to me on a regular occasion. People who know me well, thought it was hilarious when I said what I wanted to do by way of a career change. I was going to be a stylist. I made several hard choices including going back to college while working full time along with several commitments at home and in sport. I had endless assessments in college that nearly killed me and a few unlucky friends given the task of assisting me in my fashion course. I was determined and I received a high accolade from my tutors and the college which sent me off into the world of fashion with ambition and a firm resolve. I was then handpicked to work with Mary Portas on a project in launching her fashion label in London one of the highlights I would say in my fashion career to work beside someone who has such an influencing manner in the retail world.

The reason people half laughed is because they know the Tom Boy Fiona, the one who loves to socialise, wear a pair of jeans and a top and at times not appear overly bothered with her appearance. I guess you could say I was a bit of a contradiction and at times I still am, as I can be seen around home wearing a hoodie jeans and a pair of converse. I have had to change that as I know fully the ramifications of this in my work.

Recently I was at a business meeting where if I am being honest I wasn’t as groomed as I should have been. Now why was this important you ask? It was a meeting to do with luxury retail you see, ergo I needed to give off a luxury vibe as to not do so would result in not being taken seriously. Would I have been able for the contract on offer? Yes, with my eyes shut in fact but I was meet with a lingering stare bordering on hostile. Was this fair? Hell no, but I knew myself I hadn’t put enough thought into the meeting and learned a very costly lesson- Always dress appropriate to the situation. If you were going to a funeral you wouldn’t wear hot pants, if you were going to dinner you would make an extra special effort( and more often than not in this situation you will be “seen” by a few choice close friends) so why for the love of god not make an effort at work which takes up , oh I don’t know most of your time? I know some people don’t meet a lot of people in their job but bar working at home you are still exposed to your colleagues and have to attend meetings or go out to a lunch.

I defy anyone who says to me that they have never had that happy feeling when they put on a nice new top or a skirt or a pair of shoes that gets a response, or when someone says at work, “ oh you look well” it automatically makes you feel good doesn’t it? Then why wouldn’t you do it more often in an environment that is full of stress, time pressure and frankly affects our mood a lot.

I spoke with a HR Director of a medical firm recently and asked her about the types of things that she has seen at interview from a dressing perspective. She said most were well presented but the ones she remembered were the ones that made an effort. Instead of standard black suit white shirt and hair pinned back some actually wore an accessory that stood out, some wore a dress and jacket that had colour but not in an overpowering way. Some put a bit of colour on their nails or did something different with their hair, in effect she said we had an opportunity to see personality in advance of a conversation. They broke the ice with their appearance and that’s surely not a bad thing, it could even be a conversation piece to keep everyone relaxed.

So next time you pick up your standard black “ work pants” you had for over 5 years, put a bit of thought into your work wardrobe it will get you taken seriously whether it’s fair or not, oh yeah and it will make you feel good!

You are just 2 hours away from feeling amazing, book a 2hr personal shop with me and help embrace the real , stylish you.